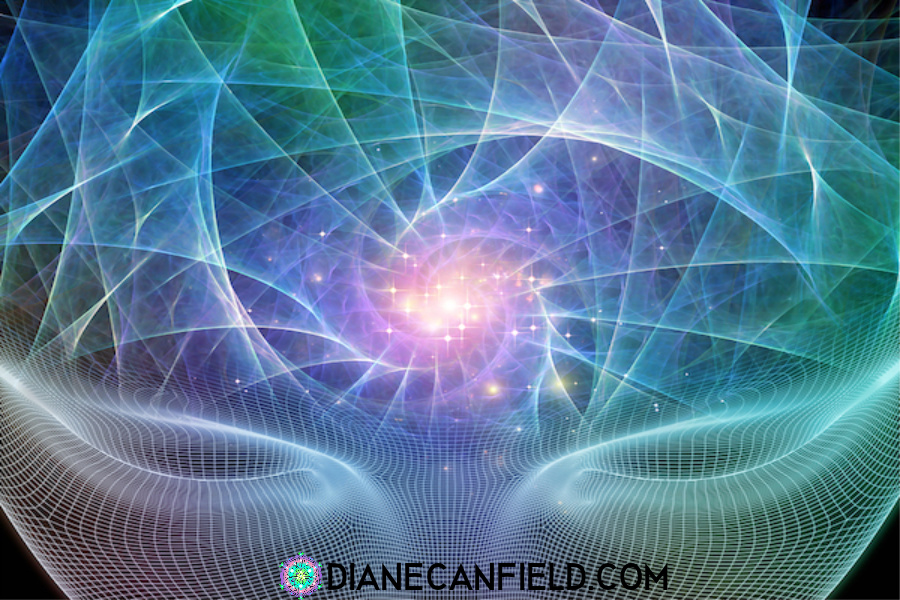 I have been very busy since my trip to Sedona and my last event. In this article I will catch up with everyone on what is happening energy wise in December 2019.

The current energy is manifesting as time slowing down. This has happened to me before but I have noticed the past few days it is slower than ever. Pay attention to now how time drags. There are 24 hours in a day normally but now its more like 32 hours in a day. This really impacts me as I go about my daily routine, meaning there are many more hours than I am used to which adds a dragged out feeling to the day. As we know time is not actually changing, it’s the perception of time that changes depending on the level of consciousness that is achieved. As we reach a higher level of consciousness, time changes according to the light body acceleration.

I have been experiencing crown chakra activations for the past few days and there are no geomagnetic storms or high solar wind. This tells me the energy is high without these things happening. This does and can take place. There does not need to be anything going on planetary wise or geomagnetic wise and we can still experience upgrades and downloads.

Sleep for the past few weeks has been very deep, going to sleep and staying asleep and in such a deep state of relaxation. It is difficult to get up and leave the cozy bed where so much dream activity has been taking place. Such intense dreams going on, feeling like I am in that other dimension and want to stay there.

Communication From The Universe

Today I was at the vets office to pick up a supply item I needed for one of my cats. Abruptly a lady came in the door holding a clipboard, and loudly saying….

“who is in charge here?”

There was no one at the desk at the time because the man who was there had gone in the back to get my supplies. So I told her they stepped away from the desk for a few minutes.

She then proceeded to keep asking the question loudly and walked around the corner into the back room until she found the man who had been helping me. (I thought this was odd because normally only the workers are allowed in the back)

She had a conversation with him about him donating money to her for a cause she was involved in. She then came out of the backroom after talking to him and abruptly left as if she was angry.

He came out of the back after she was gone and told me she was a scammer trying to get money for a fake charity and she had been in before. We then talked about it for a few more minutes as he was visibly upset she had came in again and barged into the back room. I told him what I had picked up on her, that she had mental issues, which he agreed with. I noticed this the minute she walked in, as if boundaries meant nothing to her. ( psychically tuning in )

We then focused on my supplies he had brought out the back room and I asked him how much they were going to cost. He told me the price and I was shocked as he was charging me 5 times the price they should have been. I asked him about it and he made up an excuse saying where I normally get them must get a government discount. This is not true because I have gotten these supplies many times at many different vet offices and they are normally a set price, even online. I had to get them quickly this time because my normal vet had run out of the supplies I needed and not let me know in time so I could order online. Obviously I did not buy the scammed items but instead have to get by until my regular vet has them in.

This was in instant warning from universe for me about what was about to happen and to pay attention to the scammer as it is was about to happen to me. There are no coincidences, they don’t happen. This was the Universe communicating with me, that this vets office is not reputable.

Watch for these kind of occurrences in your own life and do not disregard them. They happen for a reason to show you your connection with the Universe. The stronger your connection to the Creator and Universe the more likely they are to happen.

More about this later, how to become super aware of your surroundings!

December will be a HUGE month energetically.

We have the Full Moon on December 12th along with the 12/12/2019 energy coming in. 12/12 carries it’s own coding along with the 2019  which can be seen as the 333 energy. Chiron “The Wounded Healer” also turns direct. Be on the look out for wounds to come to the surface during this month and healing to take place. This can be in the form of triggering which is the most likely way it happens.The Full moon always brings in High Energy. This full moon will bring in empowerment feelings, being secure in new choices.

The Solstice is on December 21st, which is known for bringing in intense, high life changing energy. This day sandwiched between 2 other mega energy days is going to be cosmic! Stay tuned for my upcoming Event on this special day!

The New Moon is on December 26th along with a Solar Eclipse. Eclipses are known for bringing healing energy to the surface, so for December we have a complete month of healing that is going to take place.

Eclipses are very powerful cosmic triggers and they illuminate all that is hidden and bring it to the surface to be dealt with and worked through.

This sets the energy in motion for 2020, a year to start our authentic selves in going forward- now that we are free from the burdens of unhealed wounding. 2020 will be the YEAR of empowerment and enlightenment !

Diane Canfield is a Psychic Clairvoyant who also receives messages from those who have passed over. She is a Prophetic Visionary and Transformational Healer. She is a Psychic Life Coaching Catalyst for change, not only in peoples lives but in the building and creation of the New Earth as well. She assists and heals others through her clients sessions, articles, special events, and videos. As a Prophetic Visionary knowing information beyond this realm. She travels through many different realms at the same time. She lifts Humanity to higher levels of Consciousness through her extensive knowledge of the unseen and unknown.
MY RECENT MULTIDIMENSIONAL EXPERIENCES
2020: The Year of Acceleration And Beginning Of Multidimensionality for Many/Cosmic Light Codes Entering 3D Reality/Cosmic Event