2016 has been a banner year for Ascension Energy Waves. We have already had more than 10 energy waves coming in that I have written articles about and that is only going back 6 months in time.

I reported back on August 1st that the energy waves were now booming into one continuous stream of LIGHT. You can find that article here.

Since August 1st we have now reached a NEW frequency of alignment. The energy upgrades have been closely following each other in a way that makes them pretty continuous and this is ongoing.

I spent 2 weeks in August very ill from a flu then a respiratory infection, yet I was able to FEEL the waves and upgrades coming in every day. There was a MAJOR clearing going on with me that could not be stopped, even by extreme illness. This shows the ongoing strength of the waves now hitting us and the planet for Ascension.

So what is an ENERGY WAVE? A Wave is a stream of conscious energy designed to uplift every conscious being in the Universe. It generates from the photon belt, the Central Sun, the Creator, and our Cosmic Friends.

How is an Energy Wave felt? I am gifted to not only feel them energetically but to also feel them physically. By physically I am describing an ENERGY PULSE that moves through my body. This initial pulse is usually short lived entering my body and then passing through within a matter of minutes. The after effects can then be a few hours to days depending on the energy involved. Once the pulse comes through I am usually quick to get the information out to the public that the wave has arrived.

Since these waves started happening to me spontaneously in 2010 I have been tracking. When something so beautiful starts to happen to you, you have no choice but to intermingle with the Universe and its creation and gifts.

So what about September ?

September has the ability to bring us more energy upgrades and waves with these cosmic EVENTS taking place: Remember not to get hung up on dates but to be aware these can bring in heightened energies. Stay in the NOW.

Our last eclipses have been powerful cosmic events with the energy influx has lasted for days afterwards. The Solstice and Equinox have been known to bring in upgrades and downloads.

Pay attention to these dates but also be aware WAVES of energy can come in at any time and are not dependent on dates and times. The Universe works on its own time and since I am a WAVE expert this is how it has always worked.

September Waves are going to start to bring in spontaneous healing which will not end. This has already taken place for me. All one needs to do is ask and keep asking to be healed and the energy now exists for the healing to take place. Since we moved into a higher frequency in August, this energy is now available to be downloaded into our Light Bodies.

You may feel a heightened connection to all people and conscious beings. I have talked before about animal communications becoming heightened. You will now be able to fully put yourself in another shoes and it will happen spontaneously. You will feel what they feel and be able to see clearly why they are acting the way they are. If your psychic abilities are upgraded you will be able to go into their past and know why they are acting the way they are. This will give you higher compassionate states of awareness which then connects you with the Creator for even more advancement.

Self love increases in the higher frequencies, so no longer will we want to abuse ourselves in any way nor we will want outside forces to abuse us. Watch for instances when we are not self loving and stop these before they start.

We will want our freedom back to be able to be fully who we as  the advanced beings of light came here to be. We will see that we can help so many others in our communities and we will reach out to help whenever the opportunity arises. Communities of light workers are to become the norm as we move into Creator mode.

Increased Creativity will now flourish and this too will be ongoing. Children thinking of solutions to issues that have faced man/womankind for centuries. The crystal children coming online. We have waited for this time.

Personality changes as we morph back into who we are. Powerful Creators without limitations and restrictions. Loving beings of light and love ready to show and usher others into the higher dimensions of awareness. A child like attitude now when we go back to believing anything is possible – because it now is.

This entire last month has been full of upgrades and downloads.

One day I lost 20 minutes as a timeline slip too place. I was on my computer and looked at both my computer clock and clock on the wall to check the time. I walked into the kitchen to take care of some things, I was gone about 20 minutes. I came back to my computer and it was the exact time it was before I left. This has happened to me many times in the last 5 to 6 years and always tells me we are in the middle of a frequency shift.

One night without any geo storms or flares I experienced intense tingles around the crown chakra, this is an upgrade that can occur at any time. Many of us have experiences these during flares but when they come on their own they are rare.

During the two week period I was sick I was uploaded with energy surges everyday of upgrades catapulting me into new awareness and new insights. To even be able to be in tune with ENERGY while ill is a new aspect of the shift taking place. It is awesome to experience enlightenment even while being stuck in the bedroom too sick to do anything else.

Message from the Advanced Interplanetary Council of Light : (Group of off world beings that come to me in person)

Stay in the moment of NOW for your evolution. The way to evolve is through this moment. In the upper levels of creation there is no time, so to stay in the moment of NOW you are forcing yourself up through the higher realms of consciousness. Once you have practiced staying in the NOW, many more upgrades of enlightenment portals are opened to be able to assist you. We exist in this moment also, not dealing with space or time. We also will be able to assist in your development when you walk an equal path to us by meeting us where we exist. We look forward to interacting with you!. The moment of NOW will be your exit point for Ascension and to exist with us in the higher realms. 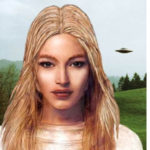 Diane Canfield is a Psychic Clairvoyant who also receives messages from those who have passed over. She is a Prophetic Visionary and Transformational Healer. She is a Psychic Life Coaching Catalyst for change, not only in peoples lives but in the building and creation of the New Earth as well. She assists and heals others through her clients sessions, articles, special events, and videos. As a Prophetic Visionary knowing information beyond this realm. She travels through many different realms at the same time. She lifts Humanity to higher levels of Consciousness through her extensive knowledge of the unseen and unknown.
Lions Gate Waves Occurring ~ Upgrades To Higher Frequency | Diane Canfield
Energy Update: Eclipse and Intense Geomagnetic Storm Energy in Progress.